Resurrecting the art of traditional print for Down Hall Hotel

In the age of instant, fast technology, its reassuring to know the traditional print techniques are still available to the designer.

MW Studio was commissioned by Down Hall (Hotel & Spa) to design an invitation for an exclusive event to showcase the hotel’s refurbished wedding/function rooms and bridal suite within the West Wing. This follows a substantial investment by the hotel’s owners and with interiors by Rachel McLane, the invitation design needed to reflect the hotel’s classic elegance.

Working closely with Down Hall’s management and marketing team, approved design and final print specification pointed towards one of the country’s specialists in traditional printing methods. Royal Warrant holders, Barnard and Westwood were commissioned to help bring the design to reality and deliver the fine print techniques the design deserved. 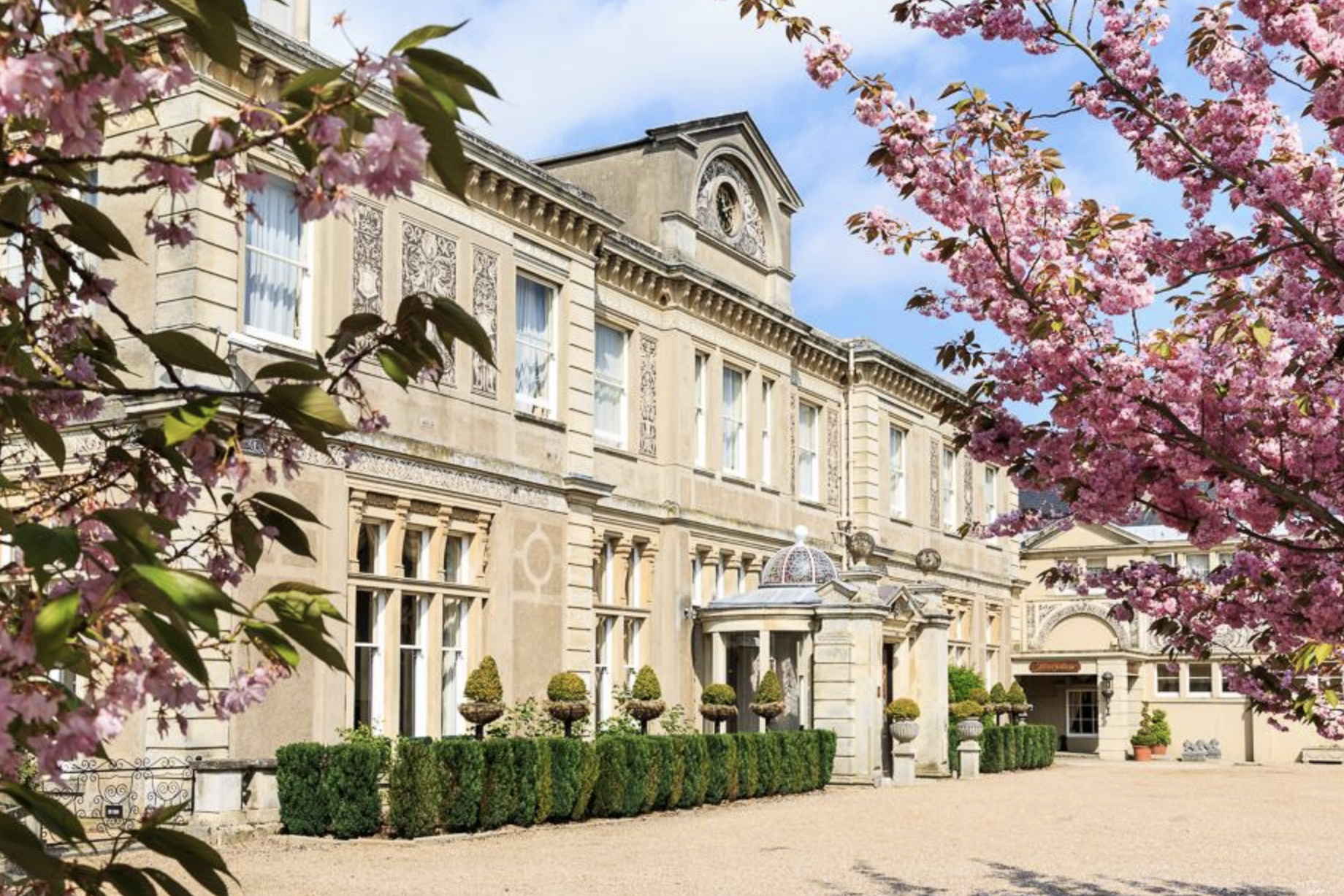 Stepping away from modern litho and digital printing, the traditional technique letterpress was specified. Invented in the mid-15th century by Johannes Gutenberg, letterpress is the oldest of the printing techniques, and remained in wide use until the second half of the 20th century. Traditionally letterpress involved the use of movable type on a printing plate set by hand, however in contemporary letterpress this is often now replaced with a custom made printing plate of the desired text or area to printed – the die. This raised, reversed plate is then inked and stamped onto the card to obtain a positive, right-reading image.

Today, traditional letterpress printing is seeing a revival and is loved by many for leaving a tactile and visual impression into the paper – an elegance and handcrafted quality that can’t be matched by any other printing method. 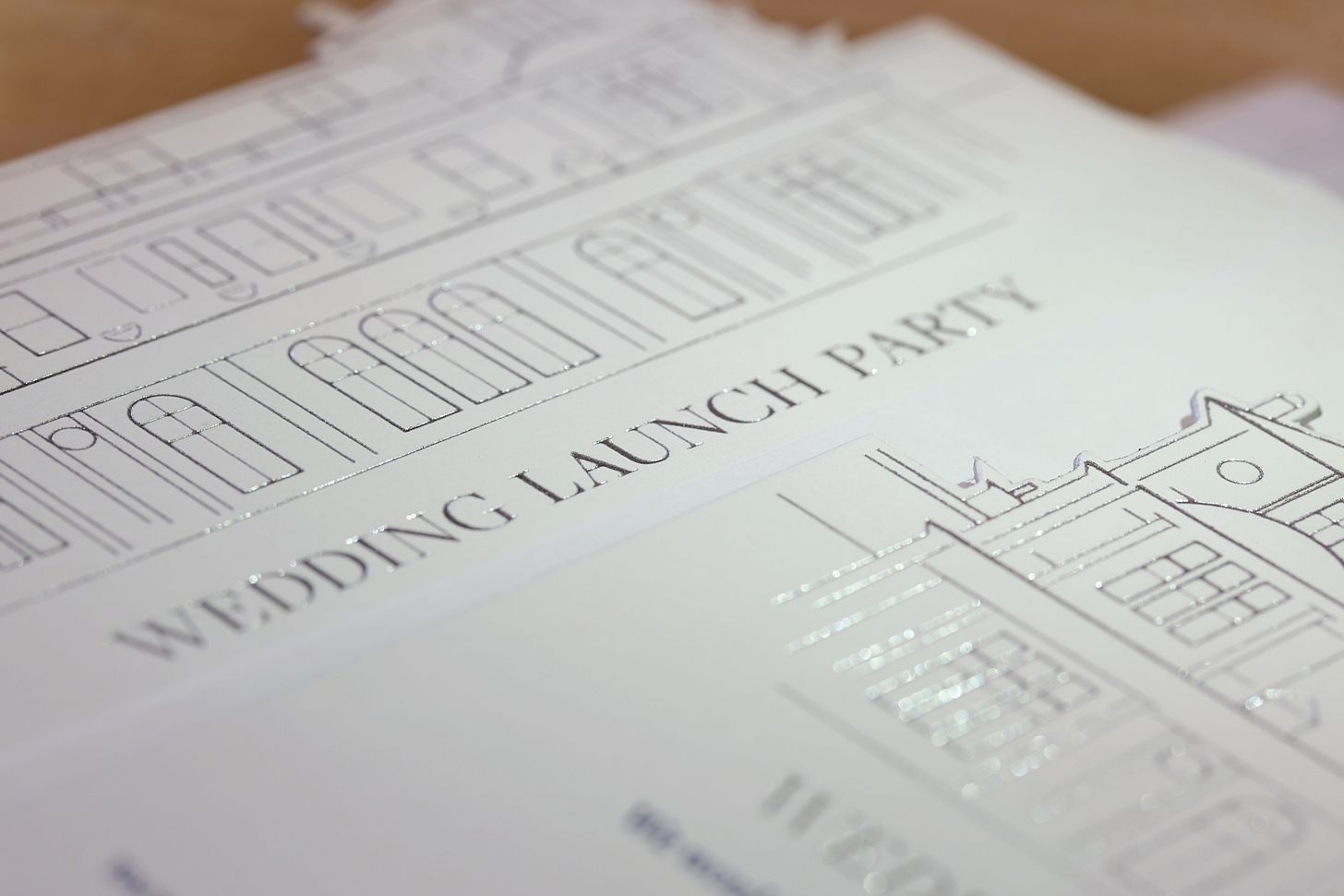 To add a another level of texture and luxury, we created a simplified outline of the hotel which we then specified to be foil blocked along with the main heading. Dating back to the 19th century, foil blocking is arguably one of the most visually stunning of all embellishments available to both traditional and modern printers and definitely one of our favourites.

Very similar to the process of letterpress printing, metal dies of the desired text or area to be foiled are created. These dies are then heated and a thin piece of film carrying a foil colour is fed into the press and stamped with enough pressure to seal a thin layer of foil onto the paper, leaving a sharp, tactile and foiled addition to the design.

To achieve the intricate shape of the invite and ensure consistent accuracy of the cut around the foil blocked illustration of the hotel, the invite was then die cut. One of the most conventional methods of bespoke and intricate shape cutting, die cutting uses specially shaped blades which are bent into the desired shape and set into a strong wooden backing board. Similar to a ‘gingerbread’ cutter, the die is then pressed to into the the card to cut the final shape. Unlike modern laser cutting, the advantage of traditional die cutting is that it removes the risk of ‘burn’ marks appearing on the reverse of the card as a result of the laser, leaving a clean sharp edge ready for the final stage of production on the invite.

The final process in the production of the invites was ‘inking’ the edges of the cards. Similar to the traditional process of gilding for more simple shapes, with all the finished invites pressed tightly in a big clamp, the edges of the intricate shape were then ‘painted’ with silver ink – delivering the impact and luxury appearance of traditional gliding.

The whole print process took over two weeks but the resulting invitation delivered the classic elegance commensurate with the new West Wing refurbishment at Down Hall. 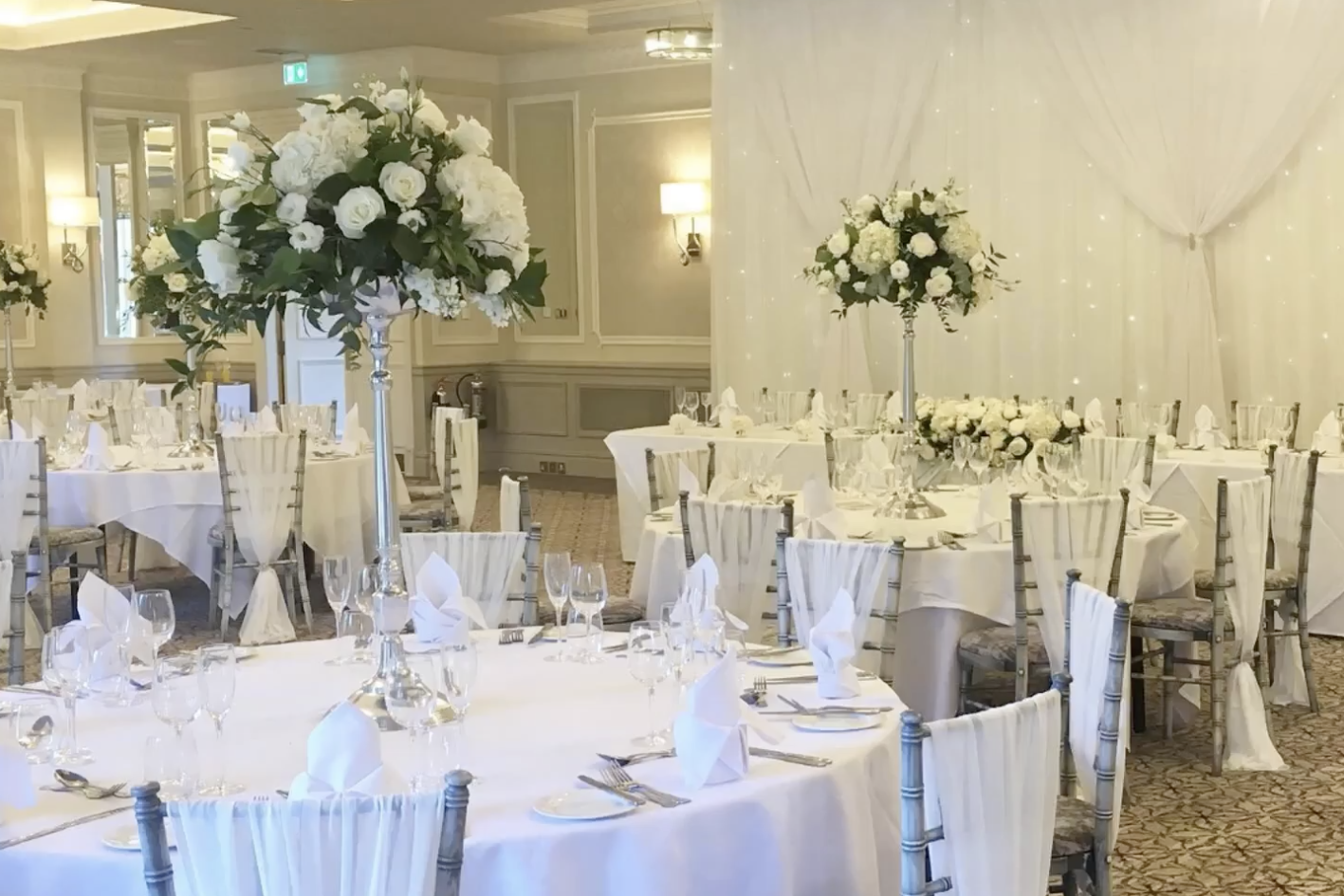 This message is only visible to admins.

Error: An access token is required to request this resource.
Type: OAuthException

The latest issue of Harlow Stories designed in partnership with Magnificent Stuff and in association with Discover Harlow, is themed Reset. Even in these difficult times, full of amazing business and community stories.